Drink or Not to Drink? 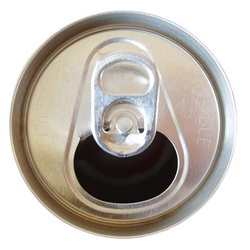 Rosie wants to come to town and spend time with her friends because she thinks she lives in the middle of nowhere and needs to hang out.  Rosie is thirteen so her Mom drives her to town.

She sees eleven of her school friends on Main Street, and they all talk about doing something fun because they are so bored.  They decided to chip in money and buy some beer, so they get Uncle Fred to buy them alcohol.

As a group, they walk up and down Main Street, drinking; their beer cans shine in the sun.

A Tribal Police member is on patrol and stops.  What do you think happens next?

Rosie and everyone present that has a can of beer could each be charged with Minor in Possession of alcohol under the Liquor Control & Licencing Act and each would have to pay a $230.00 fine.

Why? Because Main Street is not a pub; it is a public place.

Rosie and her gang could be given another ticket for Consuming Liquor in Public, and each would have to pay another fine of $230.00.

That’s costly for a can of beer. $460.00 per person so far  (not to mention if they were intoxicated they could be arrested and brought to jail for the night, and given another ticket for being Intoxicated in a Public Place for a fine of $119.00).

All twelve of the youths are thirteen years old and the legal drinking age is nineteen.  What about Uncle Fred?

Rosie and John are hanging out and decide to go to a local house party. Rosie and John are 16. When they get to the house party they are welcomed in by their older cousin Carl who is in his twenties. There are about 35 people present sitting around a fire, drinking, laughing and having a good time.


Rosie and John decide they are going to drink. Both had brought their own liquor and began drinking with older cousin Carl. Throughout the night the crowd of people at the party grows, including the amount of young people at the party.


A Tribal Police member is on patrol and is alerted to the young people drinking at the house party by a pedestrian who walked by the yard.


Under the Liquor Control & Licensing Act, a police officer who believes that liquor is, anywhere or on anyone, unlawfully kept or unlawfully possessed by anyone or kept or possessed for unlawful purposes may enter or search or both for the liquor where the police officer suspects it to be and may seize and remove the liquor found and the packages in which it is kept. A police officer may without a warrant, search any person, and enter or search or both anywhere except a residence. In this case, Minor in possession, Consumption by minor, and give liquor to minor.


Cousin Carl approaches the Tribal Police member and begins to state that this is his property and that his cousins Rosie and John are welcome here and that it isn't a problem that they are here. The Tribal Police member then informs Cousin Carl that Permitting a minor to consume liquor in a place he controls is an offence under the Liquor Control & Licensing Act, and there is a fine of $575.00 per each youth. Cousin Carl says he didn't know.


The Tribal Police member serves Cousin Carl with two counts of Permitting a minor to consume liquor in a place he controls for a total fine amount of $1,150.00.


Cousin Carl then decides to shut down his party and find that there are many youth at his party which he is now liable for as they were in a place he controls.


The youth are brought home to their parents, and everyone now realizes the consequences for not thinking before they begin drinking.

The Stl'atl'imx Tribal Police enforce the Liquor Control & Licensing Act on each of the Reserves and supplying, giving or allowing minors to consume liquor is illegal and violators will be charged.


Please think before you drink. It can cost you.