The 10 Participating St'at'imc Communities Served by the STPS 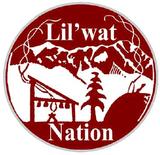 The community of Lil'wat is located in Mount Currie, an area known as southern St'at'imc traditional territory.

N'Quatqua community can be found in D'arcy which is located in southern St'at'imc.

The Xa'xtsa communities are near Douglas in southern St'at'imc.
​
"Xa’xtsa is made up of two communities: Port Douglas, which is situated at the northern end of Little Harrison Lake, and Tipella which is on the west side of the Lillooet River. Xa’xtsa is the southernmost of the In-SHUCK-ch communities, and also of the entire St’at’imc linguistic group. The name 'Port Douglas' originates from the colonial period, when the town, one of the earliest to be established in mainland British Columbia, was erected adjacent to the present Xa’xtsa community in 1858. It was the starting point on the Harrison-Lillooet wagon road, also known in historic times as the Douglas Portage." 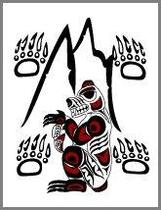 The community of Skatin can be found at Skookumchuck, a part of southern St'at'imc.
​
"Skatin (or Skookumchuck) is located on the east side of the Lillooet River, on the 19-Mile Post of the old Harrison-Lillooet wagon road (about 35 kilometres from the head of Harrison Lake). Before the arrival of European settlers, this community was considered to be the largest on the lower Lillooet River, comparable in size to the pre-contact village of present-day Mount Currie (or Lilwat'ul)." 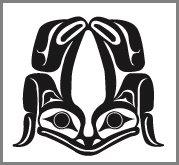 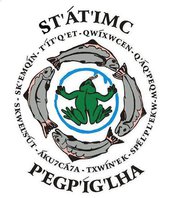 Sekw'el'was at Cayoose Creek is a northern St'at'imc community.
​
"Sekw'el'was/Cayoose Creek is located near town of Lillooet. Made up of three reserves; 720.1 hectares. Main community is on Cayoose Creek I.R. No. 1and services three reserves. The reserve was established August 29, 1881. Its water is supplied by piped water system, community well and reservoir; sewage is disposed in septic tanks. Services, such as health care and fire protection, etc., are provided in Lillooet.

Tsal'alh near Seton Lake is a northern St'at'imc community.
"We, the Tsal'alhmec, original caretakers of our land, respect the wisdom and knowledge from our ancestors and take pride in our healthy, self sustaining community.
The Nature of Our Lands The berries in our native land are one of our main resources. These are some of the berries our land provides us with: Currants, Soap Berries, Huckle Berries, and Saskatoon Berries.
The Nature of Our Waters The water provides us with various types of fish. In Seton's two beautiful lakes you will find Rainbow Trout, Mountain White Fish, Dolly Vardon, Pink Salmon, Chinook, Coho, and Steelhead.
The Nature of Our Wildlife St'át'imc people have always shared the land with other living creatures. In this area we often see bears, deer,eagles, hawks, owls, cranes, wolves,bob cats, and cougars."

Ts'kw'aylaxw can be found in Pavilion, a northern St'at'imc community.

Xaxli’p formally known as Fountain Band, is a First Nations government located about 15 km from the Village of Lillooet on Highway 99 north, in the Central Interior-Fraser Canyon region of the Canadian province of British Columbia. Xaxli’p is a member of the Lillooet Tribal Council, which is the largest grouping of band governments of the St'at'imc people (a.k.a. the Lillooet people). Other St'at'imc governments include the smaller In-SHUCK-ch Nation on the lower Lillooet River to the southwest, and the independent N'quatqua First Nation at the farther end of Anderson Lake from Seton Portage, which is the location of three of the reserve communities of the Seton Lake First Nation, aka the Seton Lake Indian Band."
"Our force may be small, but we serve each day with honour and respect."
- Stl'atl'imx Tribal Police Service.